On the afternoon of April 28th, at the International Reporting Hall of Xianghe Anping First City Conference Center, the China Furniture Sales and Circulation Development Forum and the National Furniture Sellers Conference were held as scheduled. The meeting made an in-depth discussion on the development status of the furniture industry cluster, the opportunities and challenges faced, and how to transform and upgrade and the future development of the industry.

Ren Xingzhou, director of the Market Economy Research Institute of the Development Research Center of the State Council, made a keynote speech and analyzed and summarized the three aspects of the furniture industry's most concern: First, the current economic growth slowed down, but the bottoming up signal has already appeared; Second, the impact of the current economic situation on the furniture industry; third, the development of the furniture distribution industry agglomeration and integration. 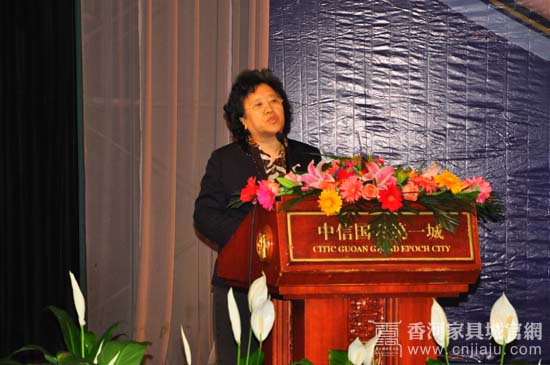 Ren Xingzhou, Director of the Market Economy Research Institute of the Development Research Center of the State Council

First, the economic slowdown is more obvious, and the phenomenon of bottoming out appears in March.

On a month-on-quarter basis, the added value of industrial enterprises above designated size increased by 11.6% in the first quarter of this year. In 2011, the added value of industrial production remained above 13% each month. In the first and second quarters, it was above 14%. It was down 5.2% year-on-year. These data can be seen that the economic downturn is indeed more obvious.

From the perspective of some economic indicators in March, the bottoming out signal appeared. The most difficult period in this round was the fourth quarter of last year and the first quarter of this year. Overall, some data after March will boost confidence.

Looking at the leading indicator of economic growth PMI - China Manufacturing Purchasing Managers Index, compiled by the National Bureau of Statistics and the Logistics Purchasing Federation, is a very good index system for judging the macro economy. In March 2012, the PMI rose to 53.1%. It shows that manufacturing procurement has become active and the overall manufacturing activity has increased. The new order index in March was even more exciting, reaching 55.1%, the highest index since January last year.

The second one shows that the value added of industrial production has been in the process of decline since June last year, but in March it has risen from 11.4% in January and February to 17.9%. The overall trend is upward.

Third, from the perspective of export growth, the new export order index from January to March this year has changed from a decline to a rebound. From January to March, the decline from the decline to the rebound was 46.9%, 51%, and 51.9%, respectively, indicating that the future export growth will still fluctuate, but will be better than expected.

This is also an analysis of the current economic bottoming. In this case, the Chinese economy will not have a hard landing. However, there will be a soft landing, the economy will slow down, this year's GDP growth is 7.5%, and the most difficult time in the first quarter is 8.1%. Personally, this year is definitely above 8%. It does not rule out major situations. If it is normal, it should increase this year. More than 8%. The target for the 12th Five-Year Plan period is 7% per year. If it is 7%, the economy will grow relatively smoothly and rapidly.